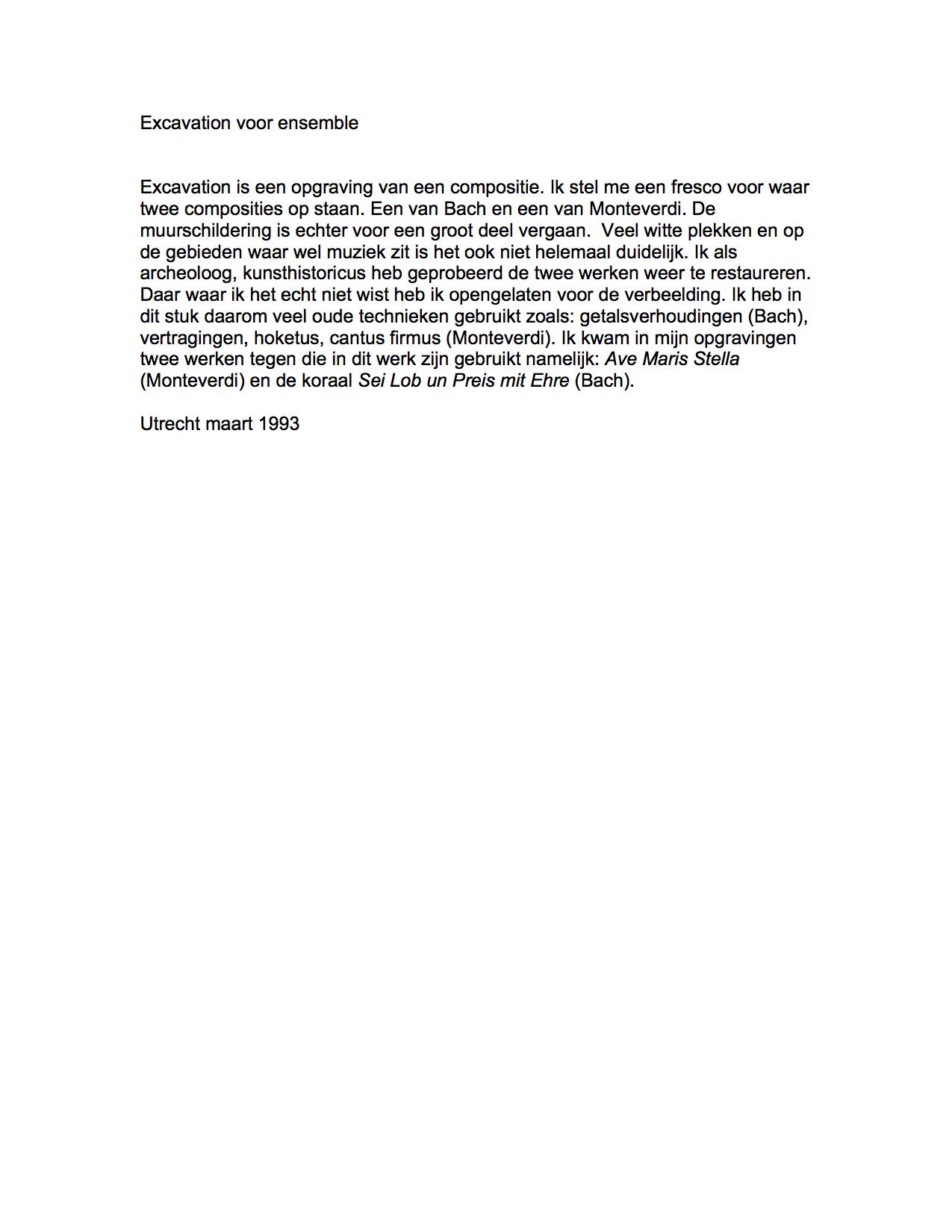 Excavation is an excavation of a composition. I imagine a fresco where two compositions stand. One of Bach and Monteverdi.However, the mural was destroyed to a great extent. Many white spots and in areas where there is music, it is not entirely clear. I as an archaeologist, art historian tried to restore the two works again. Where I really did not know I left open to the imagination. I have this piece therefore often used old techniques such as numerical ratios (Bach), delays, hoketus, cantus firmus (Monteverdi). I came in my excavations at two works that have been used in this work, namely: Ave Maris Stella (Monteverdi) and the chorale Sei un Preis mit Lob Ehre (Bach). 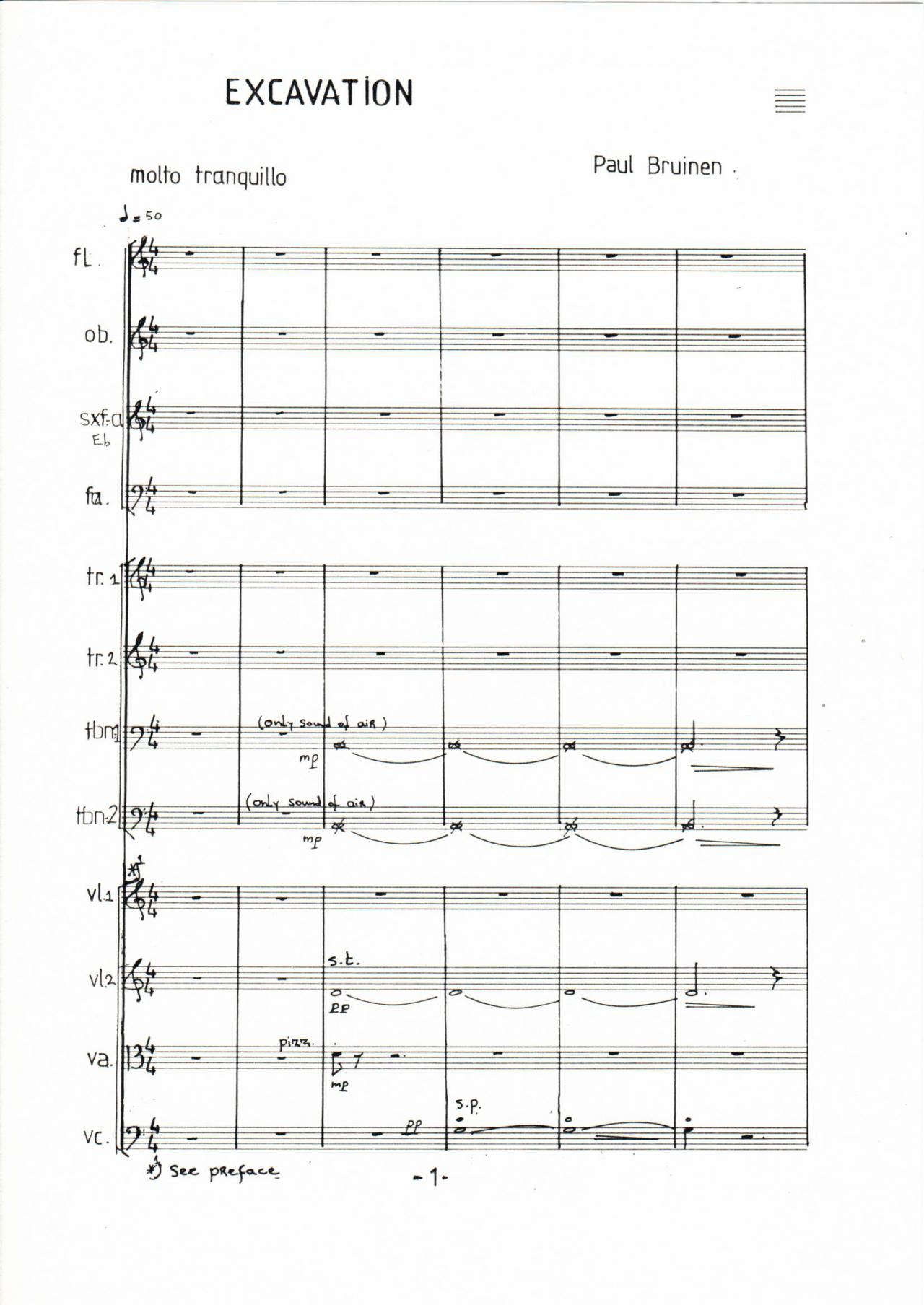